The Best Places To Visit Cambodia In 2017

Cambodia is an upcoming tourist destination in South East Asia with millions of tourists flocking here every year. The incredibly warm hospitality in Cambodia leaves every tourist in admiration of this country. Cambodia proudly boasts a number of must-visit cities and promises never a dull moment for its tourists.

Phnom Penh is the vibrant busy capital of Cambodia. This town is situated at the confluence of three rivers, the Bassac, the great Tonle Sap and the mighty Mekong. This charming city has a lot of interesting spots to offer and the great hospitality awaits the visitors. This town has a wide variety of services such as fine international dining, five-star hotels, budget hotels, sidewalk noodle shops and late-night bars. Phnom Penh is in the midst of rapid growth and development and has evolved to a great extent in the last few years. Siem Reap is the gateway for the massive temple complex of Angkor. Tourists visiting Cambodia to visit the Angkor temples choose to stay in Siem Reap. This town has numerous recreational activities to offer its tourists such as sumptuous spas, local tours, great shopping and world-class dining experiences. Siem Reap is also known for its lavish boutique hotels built in the traditional Khmer styling. There are plenty of accommodations which offers a luxurious private pool villas in Siem Reap. This extravagant hotel is known for its warm hospitality tailored to fulfill the requirements of every guest. This small town lies on the banks of the Mekong River. The central marketplace surrounded by old French colonial buildings is the activity hub of this town. It is believed that this riverside town has some of the best sunset views in all of Cambodia. You will also get a chance to see the Irrawaddy dolphins living in the Mekong River. The rich legacy of the French-era has left its imprints in this town in the form of gorgeous architecture which is sure to leave every tourist in awe of Kratie. Mondulkiri is located in the eastern province of Cambodia which is the largest province of the country. The houses in Mondulkiri are built in the typical Khmer style. This province is full of incredible natural beauty, powerful waterfalls, lush green hills and thickly forested mountains. In this town, you can visit dense jungles and admire a huge variety of flora and fauna. You will also get a chance to take a shower under the gigantic and beautiful waterfalls.

Battambang, also known as Krong Battambang is located in northwestern Cambodia. This town was formed in the 11th century by the Khmer Empire and is also the leading rice-producing province of Cambodia. Battambang is situated on the Sangkae River which winds itself through the Battambang Province. The French Colonial architecture of this city is the remarkable aspect of this city.

Sihanoukville, popularly known as Kampong Som is a coastal city in Cambodia. Sihanoukville has been named in honor of the former King, Norodom Sihanouk. This city proudly boasts a string of pristine beaches along its coastline. At a close proximity from the city are a few thinly populated islands where tourists spend their leisure time. The economic diversity, recreational potential and the natural beauty of Sihanoukville attract innumerable international tourists and foreign residents. 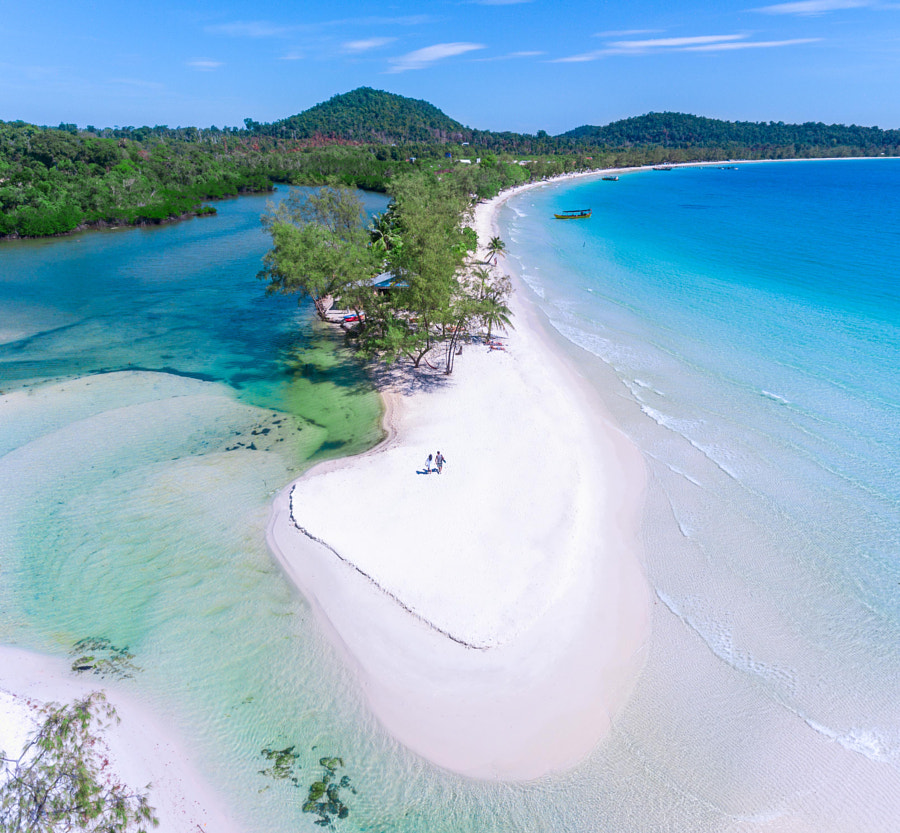 The above are the five must-visit cities in Cambodia. Every city is different from the previous and has its own highlight and charm. You will surely gather lifelong memories from this graceful country. Enjoy your trip to Cambodia!