The Angkor region of Cambodia is certainly one of the most valuable archaeological site in the world, spanning about 400 square kilometers with well over a thousand temples spread across it.

The Angkor region was the center of Khmer empire for over 500 years, from the 9th century to the 15th century and remains the spiritual epicenter of Cambodia till date & an important heritage to the Cambodian people with the national flag having this popular temple as part of its design.

In recent times, the UNESCO World Heritage Site has experienced massive restoration and preservation drives such that it was erased from UNESCO’s ‘In Danger’ world heritage site list in 2004. The Angkor Wat area is now a very popular tourist destination with well over two million visits every year.

Even though there are no onsite spiritual activities in the ancient temples any longer, they still remain of high spiritual relevance to the Cambodians. The main struggle to preserve the site has shifted from maintaining the epic structures to managing the over two million visitor that flood the site annually.

Undoubtedly the most architecturally spectacular and biggest of all the temples at Angkor, is also said to be the biggest religious monument in the world. The temple has an outer wall than spans across 3.6 kilometers and a moat with a vast area of empty space that with a long road path leading to the main temple. On the side walls of the temple, there are detailed bas-reliefs majorly displaying epic Hindu stories. There is a central tower that tourists are allowed to climb to look over the whole temple site. Popular for its massively carved walls on the main temple building with stone faced designs around it. The faces carved around the wall are estimated to be about 200 as at the time it was built. The Bayon is also large in size even tough not as massive as the Angkor Wat, it’s slightly condensed, such that you’d often walk through a few tight and dark passages to explore the whole temple. The structural design of this temple is very smart & compact, such that there is not so much need to explore its nook and crannies. The Baphuon temple stands very tall with stairs at every end of the temple (some of which have been closed for safety and preservation). This temple is part of the ancient city of Angkor Thom, which makes the top of The Baphuon temple a nice spot to view the ancient city.

Built in the 10th century, this temple is in the same city as The Baphuon, Angkor Thom. Although it is much more smaller than The Baphuon, it has similar structural designs with it, like a steep stairs to take you to the top if you wish to reach the top. The Phimeanakas temple can be enjoyed even from the ground with nice sculptures surrounding the temple on the ground. 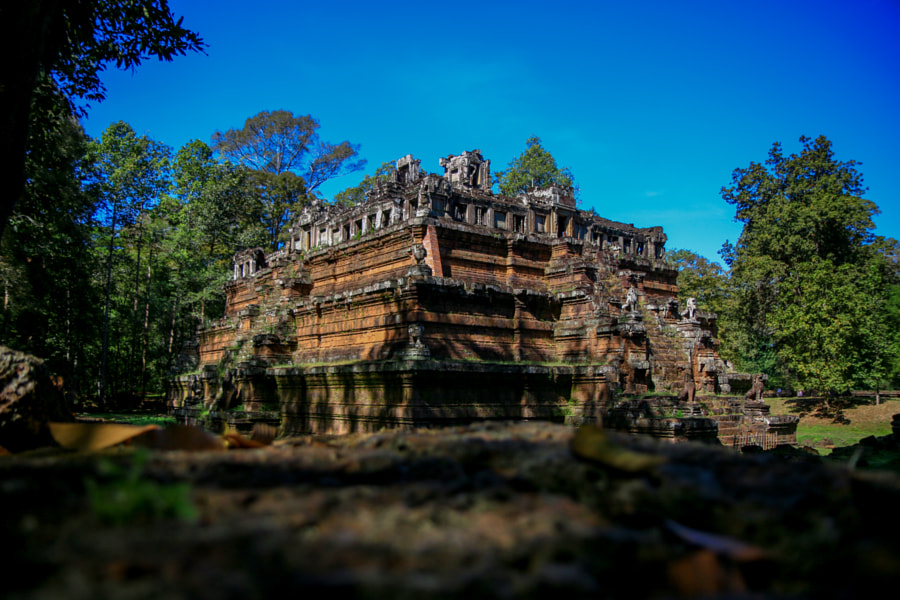 Although this temple is small in size as compared to most other popular temples, the carved decorations are the standout feature of the Thommanon temple. The site can be well covered in ten to twenty minutes of tour and the structure is well preserved which gives a sense of its actual look when it was built.

This temple is situated right across the road leading to the Thommanon temple, with both of them having similar size and structure. Chau Say Tevoda temple is also well preserved with most of the structures intact and neat. It can be fully seen in ten to twenty minutes.

This tall ancient temple is said to be the first temple built entirely with sandstone and believed to be among the oldest temples in Angkor. Ta Keo temple has a five-tiered pyramid designed with steep stairs on each end of the temple. Unlike most other popular temples, there are no decorations around the Ta Keo. 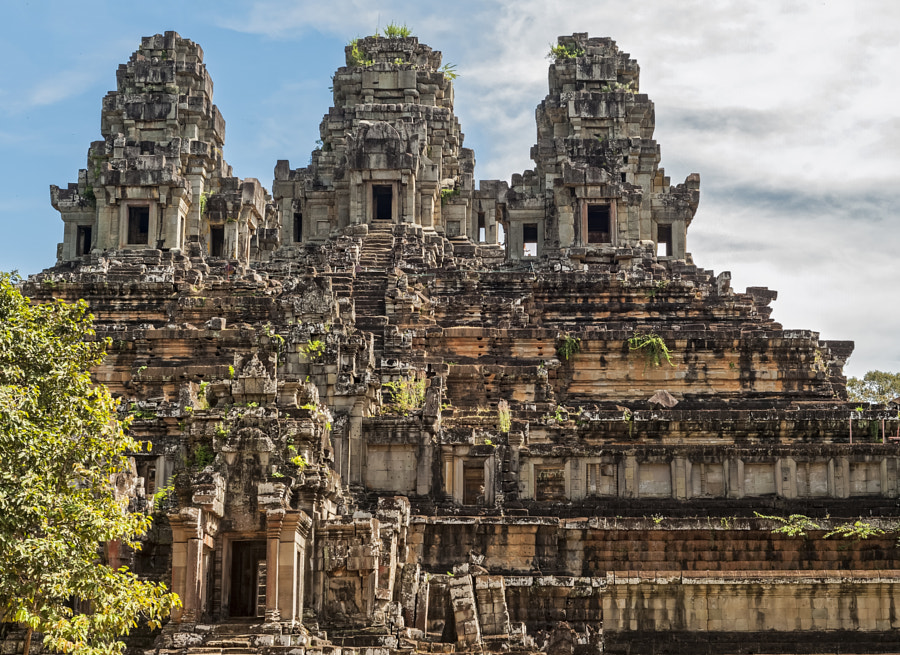 Apparently one of the most popular temples in the Angkor region and a tourist favorite owing to the ambiance from the trees and plantation around the temple which have grown for centuries. Unlike the other temple sites which major restoration work has affected its originality, the Ta Prohm still preserve its natural state even though significantly dilapidated. The site was featured in the Tomb Raider movie which also aided its popularity. 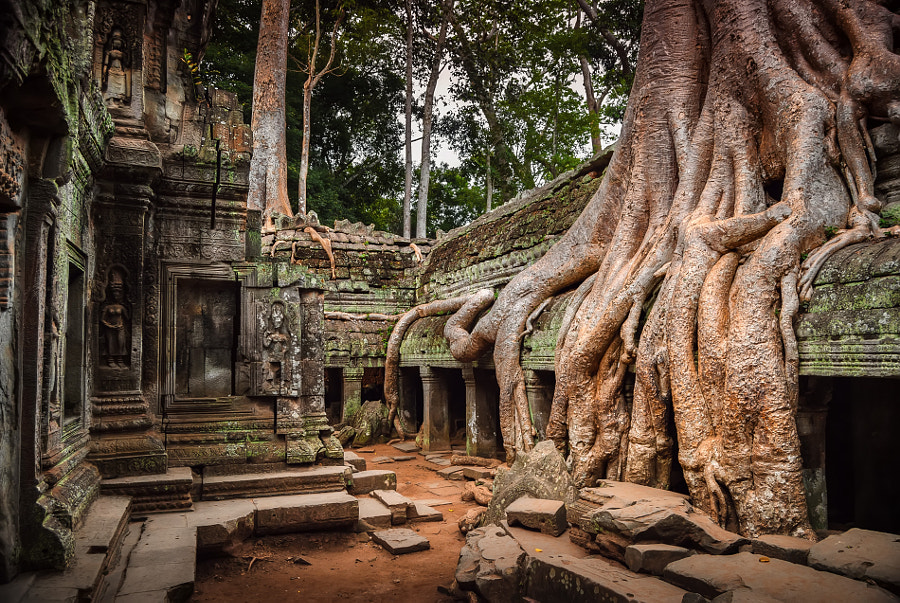 This temple is very easy to walk through in a straight line. It has a similar design to the Ta Prohm temple, even though it is smaller. A lot of restoration work has been put into rebuilding some of the collapsed part of the structure which presents a complete picture of its original design and look. 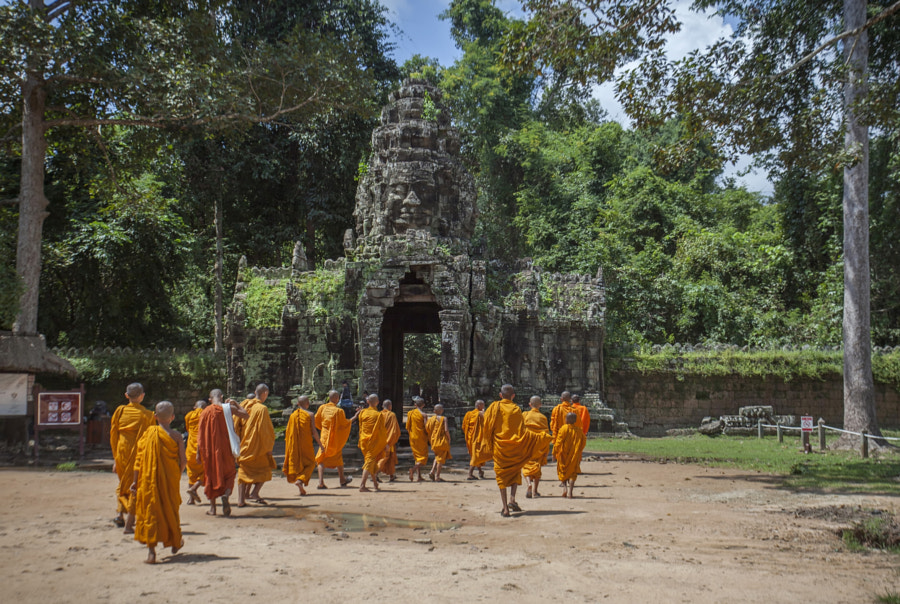 There are hundreds of other temples to explore, each having it’s significance and uniqueness. The Angkor temples are certainly worth the trip alongside the improved world class hospitality provided for tourist in the Angkor region with mega hotels and small resorts in Siem Reap to fit almost any meaningful travel budget.