The next destination was Kazan in my trip to Russia after I visited St. Petersburg. This city has been given the honor of the third capital of Russia. It is the capital of republic of Tatars. It has a population of 1,143,535 which help it to secure 8th rank in the list of most populated cities of Russia. It lies on the junction of two rivers Kazanka and Volga. It is the most famous sports centre of Russia.

This Russian city is the famous sports centre. It held 2013 university and several national championship. And now the city is all set to organize the FIFA World Cup in 2018. The city was founded by Muslim Volga Burglars and Tatars of Golden Horde. At a time it was the prime trade route for Volga region. It builds ships for Caspian Fleet.

Places I Explored In Kazan 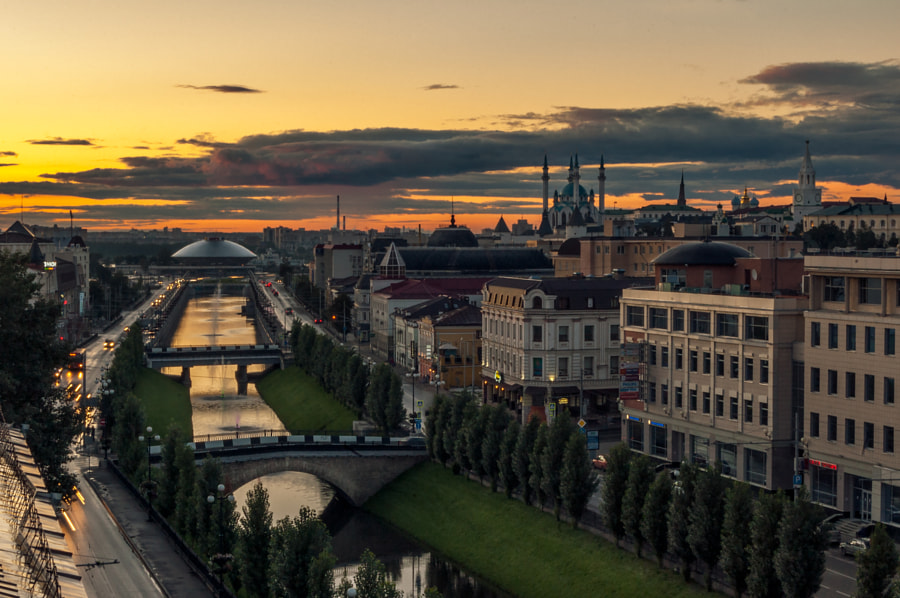 ∙ Kazan Kremlin was the first place on my checklist. It is the heart of the city. This architecture was built under the command of Ivan The Terrible. It is built over ruins of former castles of Kazan Khans. It is in the list of world heritage site.

∙ The Qolsarif Mosque is in the Kazan Kremlin. People say it was there at the time of construction. It is one of the largest mosques in Russia.

∙ Soyembika Tower or the Khan’s mosque is a landmark familiar to everyone in Kazan. It was a leaning tower once but in 1930’s and 1990’s it was straightened by diverse stabilization methods and now it does not lean.

∙ My last choice of destination for the day was Kaban lakes. It is a system of three lakes which include Nizhny Kaban, Verkhny Kaban and Sredny Kaban. It is the biggest lake in Tatarstan, with a combined area of 1.86 Square Kilometers. Bolaq channel connects it to Kazanka River and the city’s sewage system connects it to Volga River.

∙ Temple of all religion or the universal temple was next place to visit on my second day of the trip. It is in Staroye Arakchino. Staroye Arakchino is a micro district of Kazan. It has the religious structure of different religions.

Because of a scheduled flight. As I was there for just one and half days and missed the chance of exploring a lot of the great architectures.

Other Places In Kazan Not To Be Missed

Foods To Try In Kazan

∙ First is Chak-Chak in the list. It is a sweet dish which people prefer to eat during celebrations. Only skilled and patient people can make these. Light dough in the stick and soaked in honey is its main recipe.

∙ Gubadiya is closed multi-layer circular pie. It is also a sweet dish but sometimes people also experiments it with meat.

∙ Vak-Balish is a pie with fillings of meat and potatoes. It is small pies. And Zur- Balish are the large pies.

∙ Peremechi on other hand is small pastry. It is filled with meat and fried in butter. They look like ring doughnuts.

∙ Next is Kazy. It is the sausage use around the nation made with horse meat.

∙ Kaklagan Kaz features air dried goose and triangle Ocpocmaq. It is the symbol of Tatarstan.

∙ Ocpocmaq is the yeast dough shaped in triangle filled with meat onion and cubed potatoes.

∙ Talkysh kaleve made by a white thread like structure of candies of honey and sugar. This can only be done by highly skilled chefs.

This was everything about my trip to Kazan. In this tripped I focused on food definitely I am proud to make that choice. This time got to try some really tasty dishes.