7 Reasons To Climb The World’s Most Famous Volcano 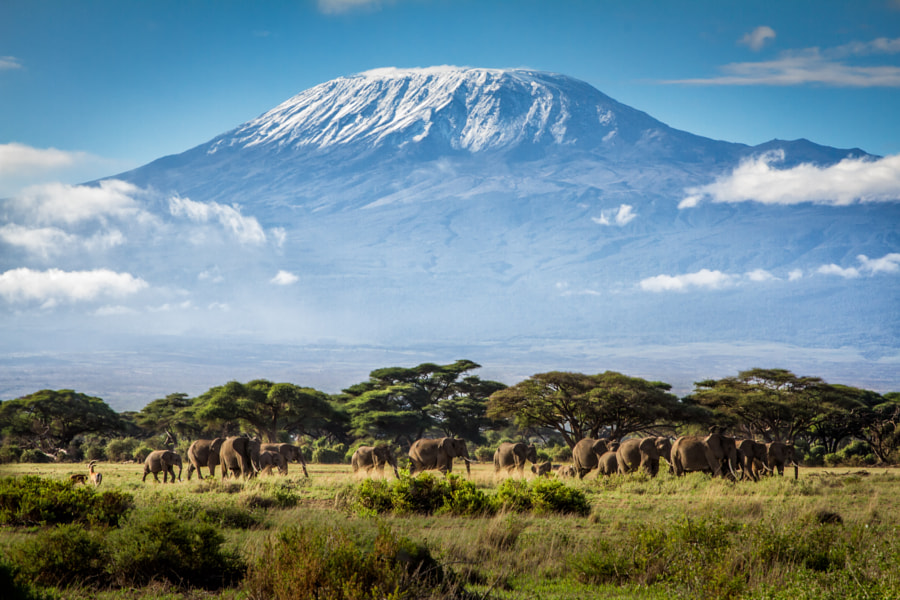 Mount Kilimanjaro’s trek is a peculiar one because it is the only one of the seven summits that does not require professional training to climb. Any amateur climber can brave the expedition and experience the sense of accomplishing something extraordinary. Different routes are of varying difficulty, but please don’t mistake it for a walk in the park – the easiest of the seven summits of the world can still be quite challenging, exhilarating and risky too!

There are very few treks around the world that take you on journeys through distinct ecological zones separated by altitude. It begins with dusty Savannah at the base followed by dense rain-forests as you get into the second day of the trek. The next bum in altitude is accompanied by alpine deserts replacing the forests, finally ending with the glacial face at the summit. Some say it is like walking from the Equator to the North Pole concentrated on one singular trek.

The trek up to the summit is nowhere close to easy. Being the easiest of the seven summits does little to convince someone of the level of difficulty. The final leg of the trek is extremely demanding physically, not to mention the thinning Oxygen that makes it harder to breathe along with the freezing cold as you near the peak. Not only this, the final leg of the famous trek is made of scree – loose gravel like sand. One step forward is accompanied with half a step backward as you slide to maintain your grip, making the last part of the climb even more challenging. However, the sense of personal achievement as well as the inexplicable view from atop the peak makes the grueling climb that summits at Uhuru peak (5895 meters) worthwhile!

While there are series of natural phenomena that will make you gasp during the ascent, the moment that you wake up above the clouds to a surreal and extraordinarily vivid sky is something that you will never forget in your entire life. The extraordinary size of the mountain is amplified by its free-standing nature, surrounded by flat plains that allow for unmatched visibility and unbelievable scenery.

There is a very good chance that your trek will be filled with odd creatures and strangely growing plants. Black and white colobus monkeys, groundsel plants that look completely alien to Earth, honey badgers and bushbucks all reside in the sparsely scattered habitats that they find at the mountain. The Kilimanjaro National Park is also famous for its blue monkeys that trekkers can spot in the initial few days of the trek!

The entire climb is filled with awe-inspiring visuals. Once above the forest, the snowy peak will appear in great clarity, with a setting sun right behind it. Then you approach the Barranco Valley – the home of the alien-like groundsel plants, cascading waterfalls and a sparkling glacier overhead. As you ascend higher, the Karanga camp will offer you the opportunity of a lifetime – touching marshmallow clouds while standing above them, while you can see Meru – Kilimanjaro’s little sister in the distance. Finally, the peak offers views of sparkling glaciers and Mawenzi’s spikes breaking through the cloud cover. Such a variety of visuals is extremely rare within the same trek – something most climbers would agree with.

Yes, Al Gore’s An Inconvenient Truth sheds light on the fact that the ice atop Kilimanjaro is disappearing, and could be gone very soon! 26% of the ice that was present in 2000 had vanished by 2007. Diminishing at a rate of 17 feet a year, it could well be a fond memory that used to grace the peak of the roof of Africa. While the timeline of the vanishing is debatable, the earlier you go, the higher chance of being awestruck by the magnitude of the glacier that sits atop Africa!